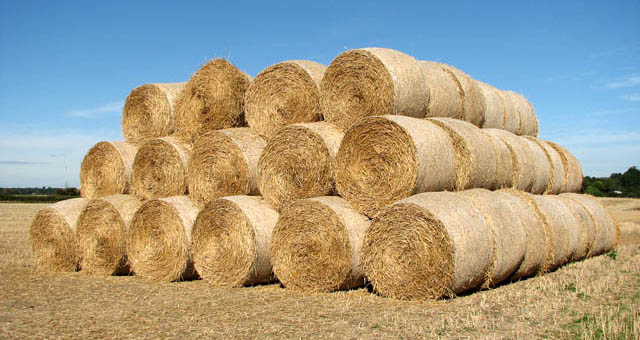 “Make hay while the sun shines.”

No. I’m not falling for that. I do not have the mechanisms nor the facilities to make hay regardless of whether the sun is shining or not. I don’t live on a farm, pal. So get lost with that inspirational quote. 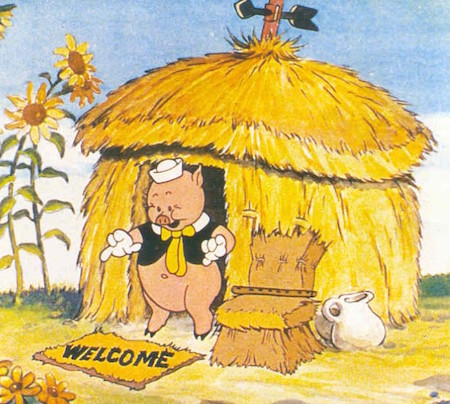 What you’re really trying to do is sucker me into the haymaking business, which is a total pyramid scheme, and a scam. A pyramid scam. A pyramid made of hay. Do you know what happens when you build a pyramid out of hay? The big bad wolf blows the whole thing down with one puff, that’s what happens!

“Oh, well, make small amounts of hay for your own use then.”

“Horsehockey,” I say! I don’t even need hay, except maybe one or two bales a year for my chickens. What am I going to do with all that extra hay? Oh, right I can sell it?

I don’t need artisanal boutique hay, and you’re not going to buy it from me at the farmers market, either. It’s the same reason I don’t make my own soap. You know what happens when you make your own soap? You end up in a Fight Club, that’s what! Do you have any idea what goes on in a Fight Club?

Do you have any idea how much capital investment you need to get into the haymaking business? Let’s take a look…

• Big plot of land
• Thresher/Combine/Harvester contraption. Is that one machine, or several?
• Hay seeds.
• A committed work force of respected, fairly-compensated workers.
• Pesticides. Horrible, horrible pesticides. Those aren’t free unless they blow over from your neighbor’s farm.

I mean, the storage alone, if I wanted to get into the haymaking business (which I don’t by the way), would be expensive and take way too much space. And how much time does it take? Normally, I would feel inspired to draw comics while I have the opportunity, but now I’m stuck in the haymaking business all day? This is the worst business advice ever. It probably came from some stupid money making system video on VHS that you have to pay for… which is the real way the dude in the video makes money, by selling you these stupid tapes. Do you even have a VCR? You just got played.

With all that’s involved, you might as well say “Refine your own oil products for fun and profit while the sun shines.” Or “Get rich quick by building your own interstellar spaceship.” Bah! 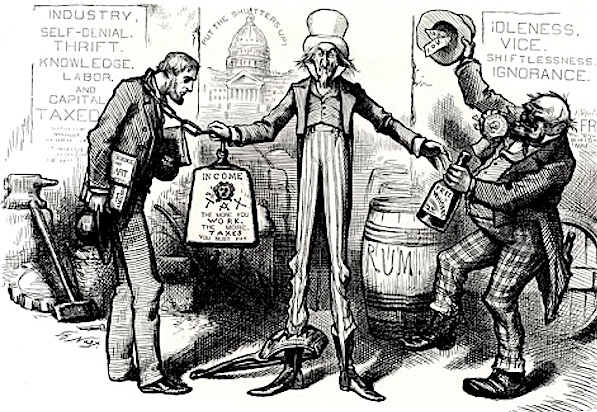 I can just hear the lobbyists from the Haymaking Industrial Complex in Washington, D.C.:

Mr. Big Hayseed: We need to find a way to increase sales of our seeds!
Mr. Big Farm Equipment: And our farm machinery. Sure, our machines look cool and every six year old wants to drive them, but that doesn’t pay the bills!
Mr. Big Farm Real Estate (Yes, these folks are all white, male, cigar-chompers… did you expect otherwise from the people who are trying to sell you out?): And I need to sell more land, especially the kind with hay storage facilities!
Mr. Bigly “President”: I just invented this expression, this hugely big expression, “Make hay while the sun shines.” Have you heard it before? I just made it up. I used the best words.
Mr. Big Hayseed: Perfect! We’ll use that as our slogan! Here’s our checks!
Mr. Big Pesticide: Can I pay slightly less than you guys? I’ve already spent a lot on contributions, and I’m kinda tapped out at the moment.

And there it is. You have been bought and sold and processed and consumed by Big Hay. Well, I’m not falling for it.

Now if you’ll excuse me, I have to kick back and binge watch Netflix all day. Those shows aren’t going to watch themselves.